For this post I want to share some of the history behind how I made (and still making) Glory Hunters and how I learned some stuff along the way. These will come as parts of a series. I hope you find it interesting or useful if you into GB studio or game making overall.

I apologize beforehand for all typos and weird English you might find here but for anyone that did not know: I’m from Mexico and English is not my strongest asset ha ha ha, but know that all of this is done with my heart and love for the project :).

I wanted to start a new project. A sequel or spinoff about Pato Box (my first experience with a full published game in which I worked alongside Bromio). I wanted to keep it simple though, something I could work by myself.

In the past I’ve made some prototypes using Construct2 to make games and Aseprite to create pixel art, so I thought that was the way to go. To use something I already was familiarized with. I starter planning some stuff, like character designs, story, scenarios, gameplay mechanics. The basic stuff. I came up with these two images: 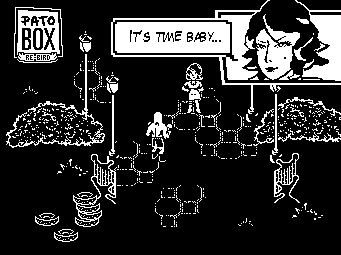 I thought those look great ha ha ha, but I wasn’t considering sprite sizes, tiles, limitations or anything really. Just draw those thinking in the looks of the game.

Some time went by and I ditched the idea away. I thought that if I used the name Pato Box again I would make it big with improved art style, mechanics, control… everything. And started planning on a sequel.

Once I had a considerable amount of material like the main story, new characters, gameplay mechanics and sketches, I got a bit of a scope of how much time and effort this game would take to make it real. And it wasn’t viable at the time because of one reason: My wife was pregnant with my second son and that was going to consume a lot of my time once he was born.

I needed to plan something I could make in a short time period, something I could at least have a prototype by the time the new baby arrived. And that’s when YouTube recommended me RetroBreak’s videos about homebrew. 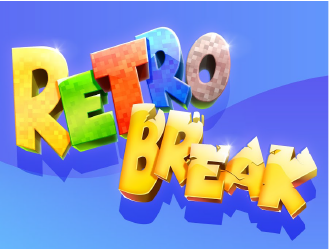 There I learned how games were being created for the original Game Boy and I thought that was fascinating!

I researched a bit more on GB studio, watched some games being made there and played the ones I could (Quest Arrest, Deadeus, Dragonborne and many more). I fell in love with the concept since I’m a huge portable console fan. When I found out it was a free drag and drop retro game creator I downloaded GB studio 2.0 and started messing with it (I was only familiarized with the drag and drop concept when making my own prototypes). The idea of bringing Pato Box to pixel art was viable again. The first screen I did was of course the logos used in the prototype. No scripting needed for some sweet pixel drawing ha ha ha.

After that I learned how to make the “actors”, how I could animate the NPC, and how the player could interact with them. I made a small hub to learn how to add collisions to the walls and tested all this with some quick art I made on Aseprite. 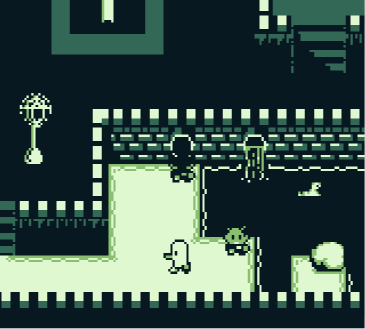 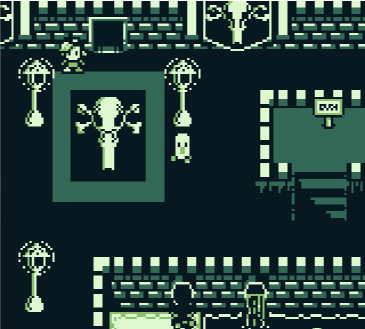 As you can see the NPC standing next to a door was my first approach to the base NPC designs that would end up later in Glory Hunters. While I was playing with it I also made another small prototype to test how to add color and played with a different art style. I also wanted to learn how to make “mini games” so that in the future the player could experience other actions, not just walking and talking to NPCs. 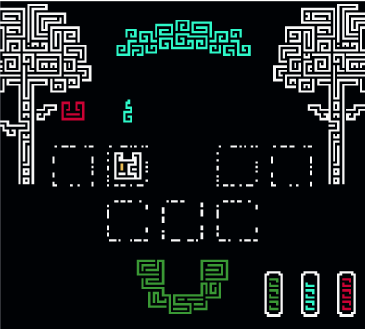 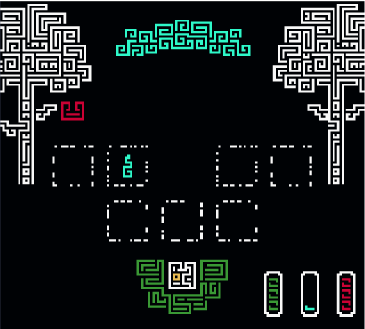 The main goal of this exercise was to make a simple “game and watch” styled game to see how collisions worked with other actors vs the player and see how I could include a small interface with life meters. This images are running off a game boy emulator.

I kept learning and playing with the software and realized that I did not have the experience enough to make a fighting game like punch out or even a beat’em up / brawler using this engine.

I came up with an idea that would use the stuff I learned in GB studio but I would have to let go the idea of using Pato Box for this. I wanted to make something similar to Earthbound because GB studio was perfect for RPG styled games such as Pókemon or the Mother series. Wanted to make something dark like Deadeus but strange and bizarre like Pato Box. And I started to make “Blind Rabbit”.

That’s all for part one. If you enjoy the stuff I share in here please leave a comment and feel free to ask anything around it, and remember to share the Kickstarter campaign link with your friends and family! (I know I promised to not advertise the Kickstarter but... I can't help it, I'm so excited!).

Thank you for reading until the end and keep in touch so you don't miss Part 2: "The Blind Rabbit". Cya! 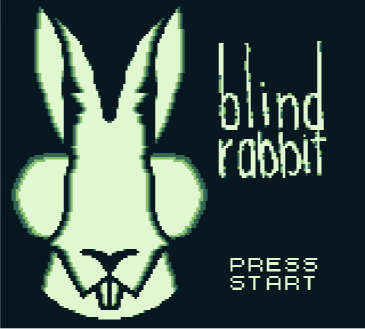 Next "Before Glory Hunters", stay tunned for "The Blind Rabbit"

Oh aaaand was nearly a year ago but congrats on the birth of ye second son.

Ha ha ha! Thank you! We had the baby in the month of September. It has been a blast. Im tired all the time but totally worth it!

And yes! RetroBreak rules! I have been craving for more content since Nick moved to another house. Had to see his videos multiple times because of that.

I really enjoyed while reading you text about the way of developing the game. Look forward to read the next episode.

Someday I also would like to realize a game idea, but that is a other story

Thank you for reading! I love sharing the passion around making games, makes me so happy that you are enjoying it.

The first time I realized a game idea was for a board game with my friends ha ha ha, but that as well is for another story.

I can't wait to share the next episode since "The Blind Rabbit" was the game I started to dedicate a lot of time and I really loved the idea... but it got complicated. Hope to see you on the next post and tell you more about it!

Cheers! Have a great one!